Berlin-based FinLeap GmbH successfully finishes a financing round. Next to the founding shareholder, Berlin-based HitFox-Group, new institutional investors from the insurance industry took a stake in the company including Hannover Re, the third largest worldwide reinsurer with a gross premium of around 17 billion euros.

FinLeap is a company builder specialized in founding and building digital companies within the financial industry. Together with other investors, FinLeap plans to invest at least 50 million euros within the next 12 months into its FinTech-ecosystem.

“In the last 20 months, we built nine new companies and typically invested between 500,000 and 5 million euros. The first companies will become profitable this year and we are excited to be a key player in driving the digitalization of the European financial market forward”, says FinLeap co-founder and managing director Ramin Niroumand.

The funds from the financing round will drive the development of the company building platform as well as the growth of the existing companies and the founding of new ventures.

Jan Beckers, CEO of the HitFox Group and chairman of FinLeap comments:

“Most recently, with the founding of solarisBank, FinLeap established itself as one of the most important FinTech players in Europe and with its portfolio it will grow faster than the market. We are looking forward to continue strengthening this powerful position by being a very active investor.”

Gerald Segler, Hannover Re’s chief investment officer noted: “In the next years, technology driven financial service providers will create billions of dollars in revenue. We looked at different companies within the industry and FinLeap convinced us. Pre-eminently because of its team and the speed they have in bringing innovations to life.”

…was founded by the HitFox Group, Ramin Niroumand and Hendrik Krawinkel in summer 2014 in Berlin as a company-builder specializing in fintech. FinLeap develops fintech companies sequentially and with its robust infrastructure determines the best course for success and accompanies the companies through early growth stages.

As of today, FinLeap has nine ventures on the market including the online-insurance broker Clark; Savedo, the marketplace for investment products; FinReach, a software-company that created an automated account switching kit; Valendo, an asset-based lender; Pair Finance, for online debt collection; solarisBank, a tech company with a full-banking license and zinsbaustein.de, a digital platform for real estate investments. Additional ventures within the field of financial- and asset management are in the pipeline.

Each venture is well grounded on the FinLeap foundation: Through this they get direct access to seed money (between 500,000 and 5 million euros), a powerful network of investors, experienced entrepreneurs, customers and top-talents, an integrated technology platform as well as highly efficient processes. FinLeap and the nine ventures altogether employ over 250 employees from more than 30 nations and the company is headquartered in Berlin, Germany.

FinLeap’s circle of investors include the HitFox-Group, Hannover Re as well as family offices and top-managers in the financial industry. In addition to its position as a sought after FinTech-platform that unites entrepreneurship, financial and technological expertise, FinLeap also engages in public discourse. FinLeap is an active member of Bitkom and the Federal Association of German Banks, contributing to the development of a powerful ecosystem for fintechs, advancing digitalization and fostering the position of Germany as a financial hub. 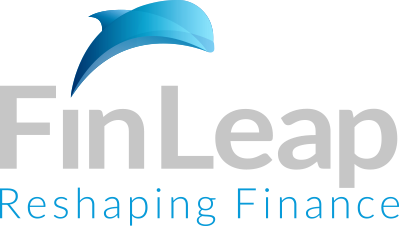